I see disturbing echoes of the Nazi’s Kristallnacht in actions such as this:

and fear for the future of Bahrain if sectarian polarisation continues. Reconstructing a viable political centre is the only way to prevent Bahrain drifting into anarchy. Increasingly, it seems as if only outside intervention can prevent this.

As is often the case, the police at times even seem to collaborate with the vigilantes. Is it any wonder they are seen in the Shia villages not as a civil police force, but as an occupying force of mercenaries?

The Prime Minister, quite likely the real power behind the Bahrain throne, seems disturbingly unwilling to distance himself from these thugs, further escalating the erosion of civil society in Bahrain. I suspect this man has a vested interest in continuing instability.

I’ve seen collaboration between the “police” and armed so-called “loyalist” vigilantes close-up on 13th March 2011, and last night’s disgraceful incidents show that nothing has changed in the year that has passed since then.

I’ve heard the same slogans, chanted by a baying mob inside building S20 that day. The only way that things have changed since then is that there has been more killing and the sides have become more and more polarised.

Against this background, the F1 cannot go ahead. Apart from moral and security issues, I can’t see why the sport, the constructors, the sponsors or the drivers would in any way want to be seen to be associated with sickening scenes of sectarian violence.

F1 didn’t have to be an endorsement of the regime, but it was politicised from the moment we started to see PR slogans like “Bahrain’s back on track!”, since there were clearly part of a wider PR offensive aimed at trying to convince the outside world that everything was back to normal when it wasn’t.

Perhaps the Crown Prince could have done more to create a linkage, months ago, between F1 and progress on real reform in Bahrain, after all, the sport is most closely associated with his wing of the regime.

But he made no real effort in this regard, but rather went along with the “back on track” line. Lack of will? Lack of courage? Lack of vision? Perhaps, or maybe he’s just completely marginalised.

As it is, I think it will now make little difference whether the race goes ahead or not, either way it will be equally divisive, and either way; sadly, there is likely to be further confrontation, violence ans death before April’s done. The regime’s PR offensive of early 2012 is in tatters, the world is wising up to the regime’s claims of reform, and little if anything has changed on the ground.

In this regard, the F1 is proving to be like the BICI, a so-called turning point that only makes matters worse. The handling of both the F1 and the BICI debacles once again illustrate the bungling incompetence of this regime, it’s disconnect from what’s happening on the street, and its fixation with international image and PR over dealing with the real problems in a substantive way.

Frankly, Bahrain didn’t need the BICI, it needed the UN inquiry that the BICI was intended to forestall. Bahrain doesn’t need F1, it needs a concerted international effort to bring this regime to its senses before the situation is completely irretrievable.

Regionally, other GCC countries like Kuwait, Qatar and Oman could probably play a role as a counterweight to Saudi. Internationally, Britain and the USA could bring serious pressure to bear to create a viable political centre.

The UN at last seems to be waking up to the gravity of the Bahrain situation, and the USA above all else wants stability for its base. In this regard there is a difference of interest between the USA and the UK, that latter being primarily interested in using the crisis to sell as much “expertise” to the regime as possible. But there are signs that even the UK government is beginning to lose patience with the way things are going.

I hate to sound quasi-imperialist regarding the role of outside powers in bringing about a solution to the current crisis. Any sustainable solution has to be a Bahraini solution to Bahraini problems. But this can’t happen while the current stalemate persists.

That’s why I suspect that some sort of serious outside intervention will be the only way to halt Bahrain’s slide into becoming the Northern Ireland or the Beirut of the Gulf.

I’m talking about political, diplomatic and perhaps economic intervention, not military intervention, of course. But all the signs are that the current crisis will persist and deteriorate while the stalemate continues.

In the meantime, perhaps the businesses that are under attack could do with all the support they can get: 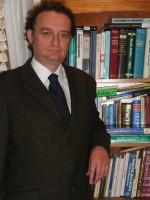